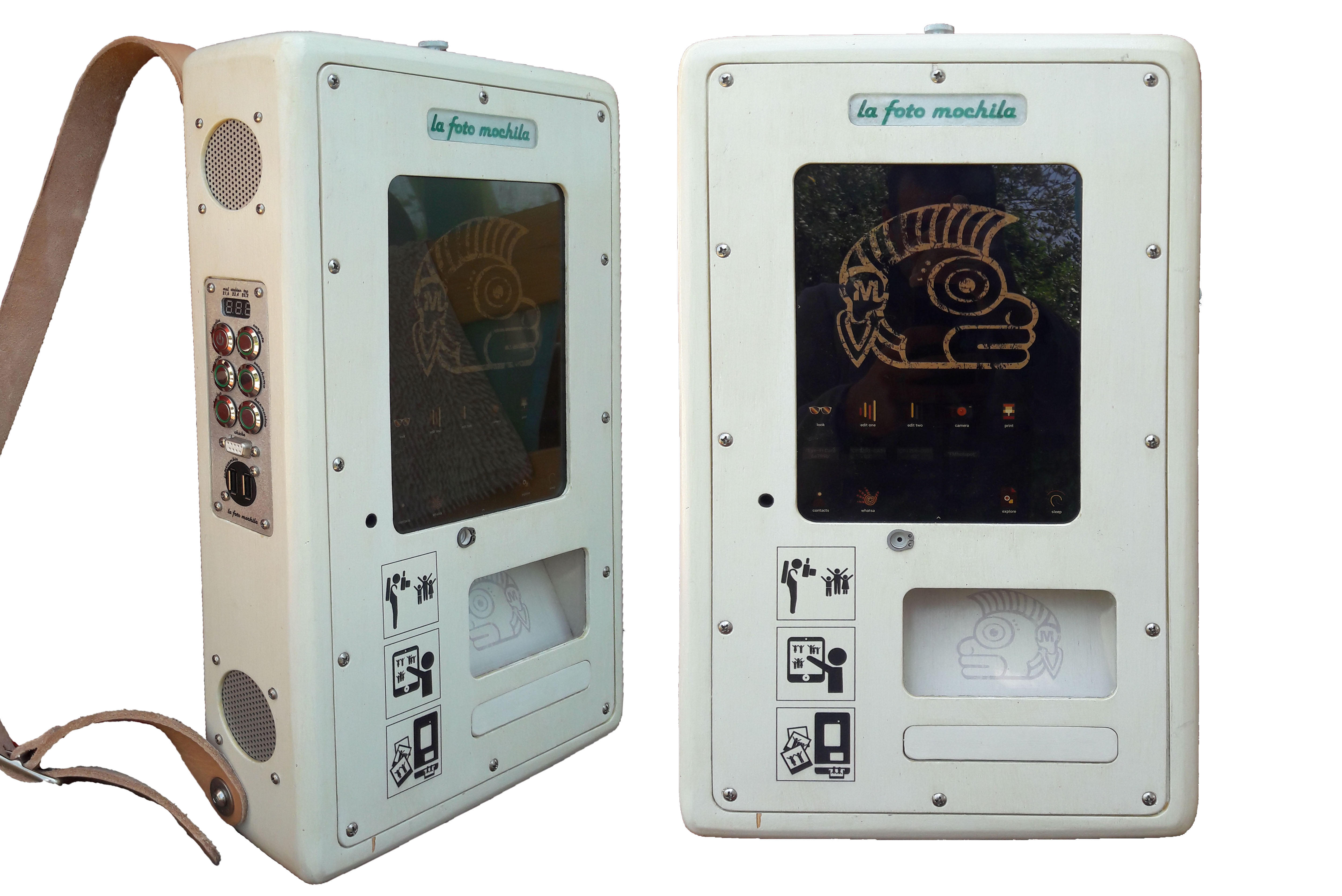 La Foto Mochila initially was made up in the most traditional way possible, On flimsy napkin at the kitchen table in 2015. Since then, it´s been a long walk from the then just laughable idea over the first prototype to the now 3rd generation of the box.

While the prototype was little more than a photo printer in a box, the latest iteration has now risen to a full blown photographic entertainment tool, with countless applications in tourism and public relation.